In the summer of 2008, a tornado ambled through the neighborhood where my sister lives with her husband and three children. It played around with the houses on their suburban superblock like a little kid idly destroying a bunch of sand castles in increasingly less creative ways. Her house was left with just a little damage to the siding, but other houses in the neighborhood were completely stripped, decapitated, andor booted into the nearby lake.

In response to this trauma, for the next several months, my nieces, then seven and nine years old, repeated a role-playing game in which they built a structure out of blankets and interlocking poles, and then one of them would hide inside shrieking while the other destroyed the “house” bit by bit, pretending to be the tornado. Then they would put the whole smoldering heap into the “dumpster” and start again, alternating roles each time. The object of the game was clearly for the victim to survive the storm, which she always did, no doubt reasserting her feeling of control over her environment. It was classic self-directed role-playing therapy at work, and eventually my nieces reverted to their usual pastimes of practicing cartwheels and terrorizing neighborhood frogs.

I don’t know what sort of natural disaster raised Robert Moses, but some horrifying force of nature must have provided Mr Moses with the motivation to blow his therapeutic role-playing game all out of proportion, confusing his control fantasy with reality, and ultimately visiting his terrors on the helpless inhabitants of New York City repeatedly and, as it must have seemed at the time, endlessly.

Moses positively thrived on seeking out the most populated areas of the city and then bulldozing the heck out of them to make way for building things on a massive scale, like expressways, crack stacks, or unreachable or forbidden “parks” (the emptier the better). The louder people screamed, the more of a high this unelected official seemed to get from his power to ignore them. The denser the residential blocks, the more he appeared to relish taking aim at them. Confusingly, he spared a building here and there by moving it or rotating it instead of demolishing it, often at great expense, which he later admitted he did just for the thrill of the challenge. New York City was his sandbox, and he would rearrange it or outright trample it if, when, and where he wanted to.

After watching the Daleks in Manhattan episode of Doctor Who, I decided that the natural disaster that raised Robert Moses was not natural at all but rather a genetically engineered catastrophe from the planet of Skaro. It dawned on me that he must have been part of the human-Dalek army, which would explain why every part of the landscape he touched quickly began to resemble the nuclear wasteland of his home planet, almost as if on purpose. Hmmm.

When you’re a Dalek, and the only tools you have are a toilet plunger, a narrow viewfinder, and a gunstick, every problem starts to look like a toilet clog in need of annihilation. And indeed, to Robert Moses and the planners who took after him, cities looked like toilets whose main problems are clogs – clusters of traffic or people which need to be dislodged and flushed.

In this spoiler of a scene from the Daleks in Manhattan episode, we find out that in an attempt to remove their names from the endangered species list, the Daleks have decided to introduce to Manhattan a race of human-Dalek hybrids which would live outside the legendary metal shell that Daleks have historically inhabited. 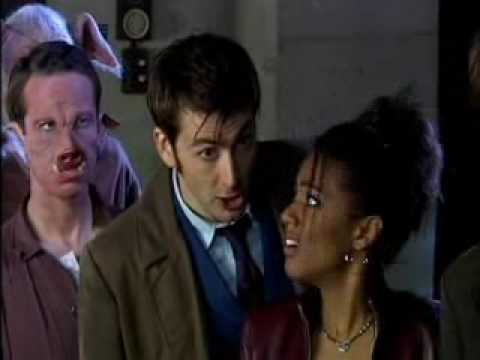 How completely natural, then, for them to be attracted to cars as a sort of home away from home, a pied-à-terre for their hostile alien race. And by extension, it only makes sense that they would pursue as a matter of urgency the extermination of the soft human commuting infrastructure in order to replace it with a concrete, barren, car-dependent, anti-social landscape to accommodate their descendants.

The episode is set in the 1930s, and as it happens, 1930-something was the precise time when Robert Moses’s pavement-proliferation ideas were beginning to gain some traction in NYC. See? The BBC is totally on to something! When you really think about it, it’s clear that Robert Moses’s agenda betrays a Dalek influence. Like Daleks, he harbored a deep dislike and mistrust of humans. Whenever he found a large concentration of human habitats, he responded by leveling entire neighborhoods and replacing them with dead zones of one sort or another, laying waste to human ecosystems, or simply shearing a lifeline for an entire population center by installing a multilane Dalek thoroughfare across it, removing the ability of the local humans to circulate their bodies, their commerce, or their news at a local level, leaving the seeds of self destruction behind to finish the neighborhood off for him as he moved on to the next ant pile in need of a good stomping.

Robert Moses and the famous “Urban Renewal” programs he helped shape all across the United States in the middle of last century were all about clearance. And by that, I don’t mean big savings or the sort of clearance you’ll regret forgetting you need on Drive Your Bike To Work Day. No, the sort of clearance he was into was the creation of the sort of dark, empty, unsupervised wastelands you find between urban population pockets. You know, the kind of place you go to dump a body or transact a drug deal. Or, if you’re like me, exactly the sort of area you don’t dare walk through alone at night.

While urban designers of the activation persuasion, like Jane Jacobs or Jan Gehl, love to create space for people, Robert Moses was all about creating space between people. Gehl Architects see Moses-type voids in the middles of urban areas as disagreeable and hazardous vacuums that can tend to draw out and amplify the misanthropic temptations of a few. And as I discussed in my last post, their weapons for combatting these voids are multitudinous and include things like chairs, potted plants, and traffic-calming bulb-outs.

“The role of the designer is that of a very good, thoughtful host anticipating the needs of his guests.” — Charles Eames
Photo by me and Michael Brucker and Erich Ferdinand

In the Gridlock episode of Doctor Who, the BBC explores how a Dalek-influenced urban planning trajectory might have played out if left unchecked for billions of years. In this picture of the New York of the distant future, city dwellers literally pass their entire lives isolated from each other in their cars in a state of perpetual three-dimensional gridlock. 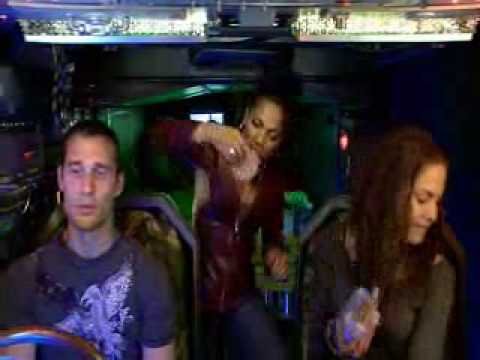 The streetscape outside of the cars has been completely stripped bare, the sky and the ground are both invisible, the cars virtually drive themselves, nobody seems to have any recollection of where they’re supposed to be going, and the whole human species has grown extremely patient, resigned to celebrating their next anniversary, graduating from the online university, and bringing a new little life into the world, all before they reach next rest stop. In the New York City of 5,000,000,053 AD, the Daleks have indeed exterminated everything but the highway system they need for their own kind to flourish, and they’ve generated an entire metal-encased population after their own image.

But first, a kitten:

And then let’s just go straight to Amsterdam, which, like a kitten, is always a reliable source of reassurance in this topsy-turvy world. May I suggest, though, muting the youtube’s sound and replacing it with a soundtrack of your own choosing. Or this soundtrack of my own choosing. Watch and listen as the adorable industrious humans go about their business in good company while not mugging each other in this lively urban space: 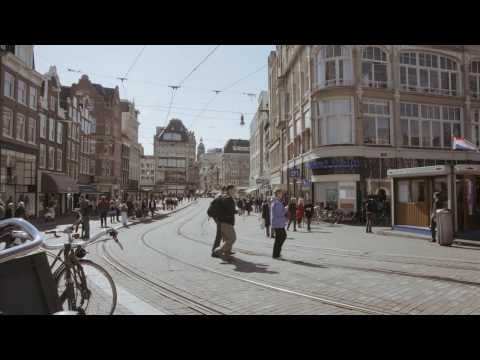 In which emergency vehicles and delivery trucks don’t seem to have any trouble getting around.

Some cities have gotten straight to the heart of the issue by seeking revenge against the Daleks themselves. Here we see a Dalek activating an urban area in spite of himself:

And herein lies the future: Activated city centers that nurture the human spirit rather than marginalizing and annihilating it, utilizing the billions of years of community service debt the Daleks worked so hard to rack up in the 1930s-60s. Though the future has a way of never getting here, rest assured, it is bright.

One Response to Daleks in Manhattan